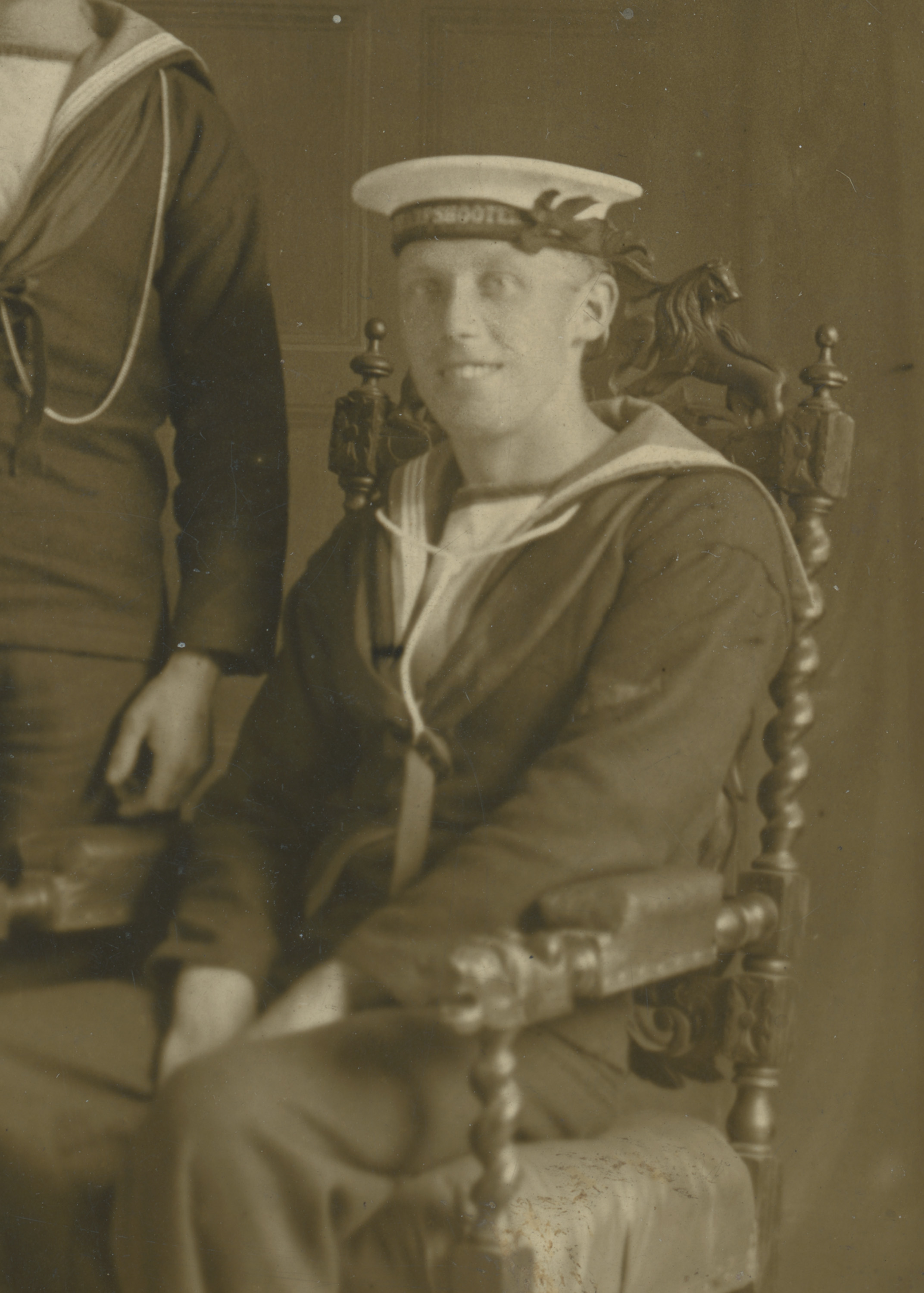 Maurice Abbott joined the Royal Navy as a Boy Seaman in 1911 and undertook his initial training in the shore establishment HMS Ganges. He was confirmed in rate as an Ordinary Seaman in October 1913. During the First World War, Abbott saw action in the North Sea and at Ostend aboard HM Ships Lennox and Sharpshooter. In 1919 he was injured and admitted on board the hospital ship HMHS Marama. He was subsequently invalided out of navy service and worked his way to New Zealand, settling in the Waikato region. Maurice is the father of Thomas Abbott, whose medals are also on display here. 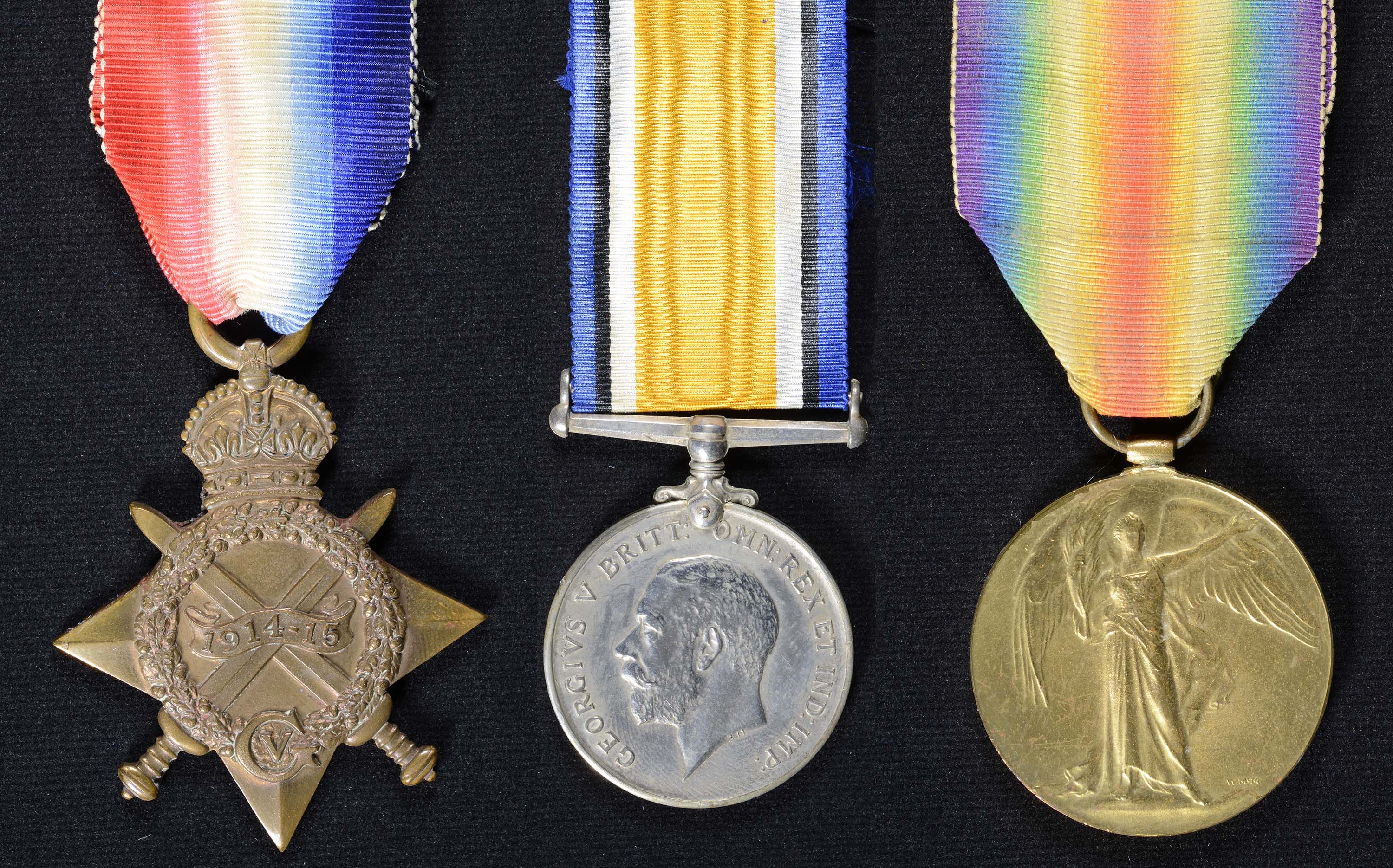 The 1914-15 Star was awarded to servicemen and servicewomen who served in the First World War between 5 August 1914 and 31 December 1915 in any “theatre of war”, provided they had not qualified for the 1914 Star. This included service at Gallipoli between 25 April 1915 and 31 December 1915, service in Egypt between 5 November 1914 and 31 December 1915, and service during the capture of German Samoa on 29 August 1914. Those eligible for the medal must have “served on the establishment of a unit in a theatre of war” during the relevant dates of operations in that area. 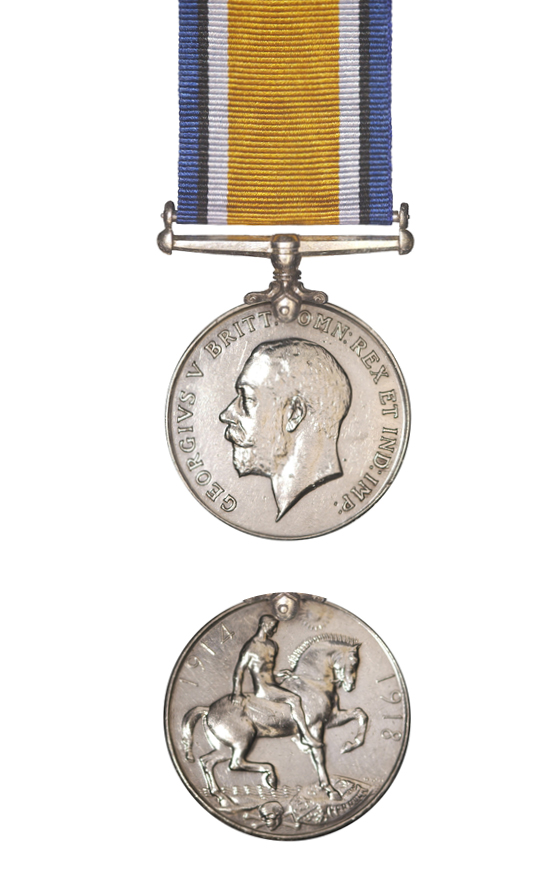 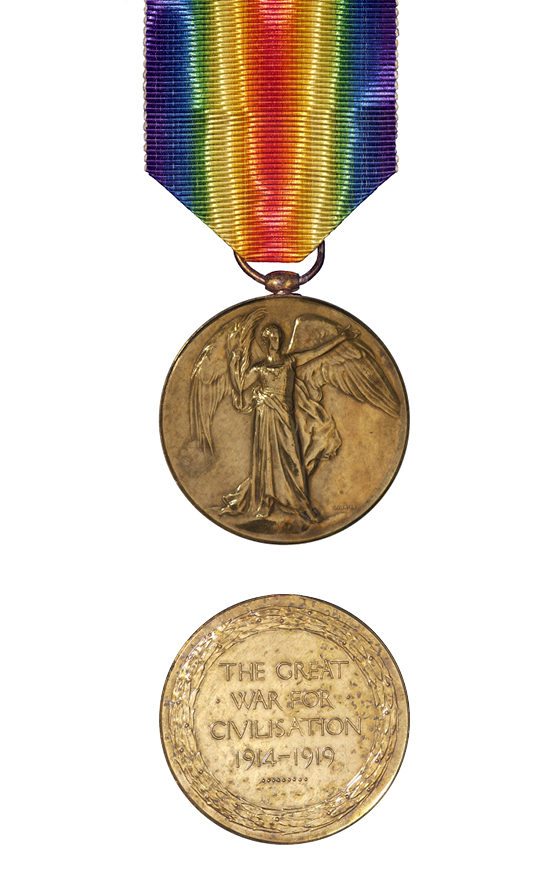 The Victory Medal was awarded in the First World War to all those who had already qualified for the 1914 Star or the 1914-15 Star, and to most persons who had already qualified for the British War Medal. The Victory Medal was awarded to all New Zealand troops serving overseas, except for those who arrived in Samoa after 30 August 1914 and those serving in Great Britain only. It has a unique double rainbow ribbon.

A bronze spray of oak leaves on the medal ribbon denotes that the recipient was Mentioned in Despatches during the period that the medal recognises. To be Mentioned in Despatches a member of the armed forces has had their name mentioned in an official report, written by a superior officer, and sent to a higher command. The report would describe the individual’s gallant or meritorious action in the face of the enemy.